Higher and degree-level apprenticeships give candidates a chance to gain the experiences, skills, and training to kick-start their career without the barriers of student debt. 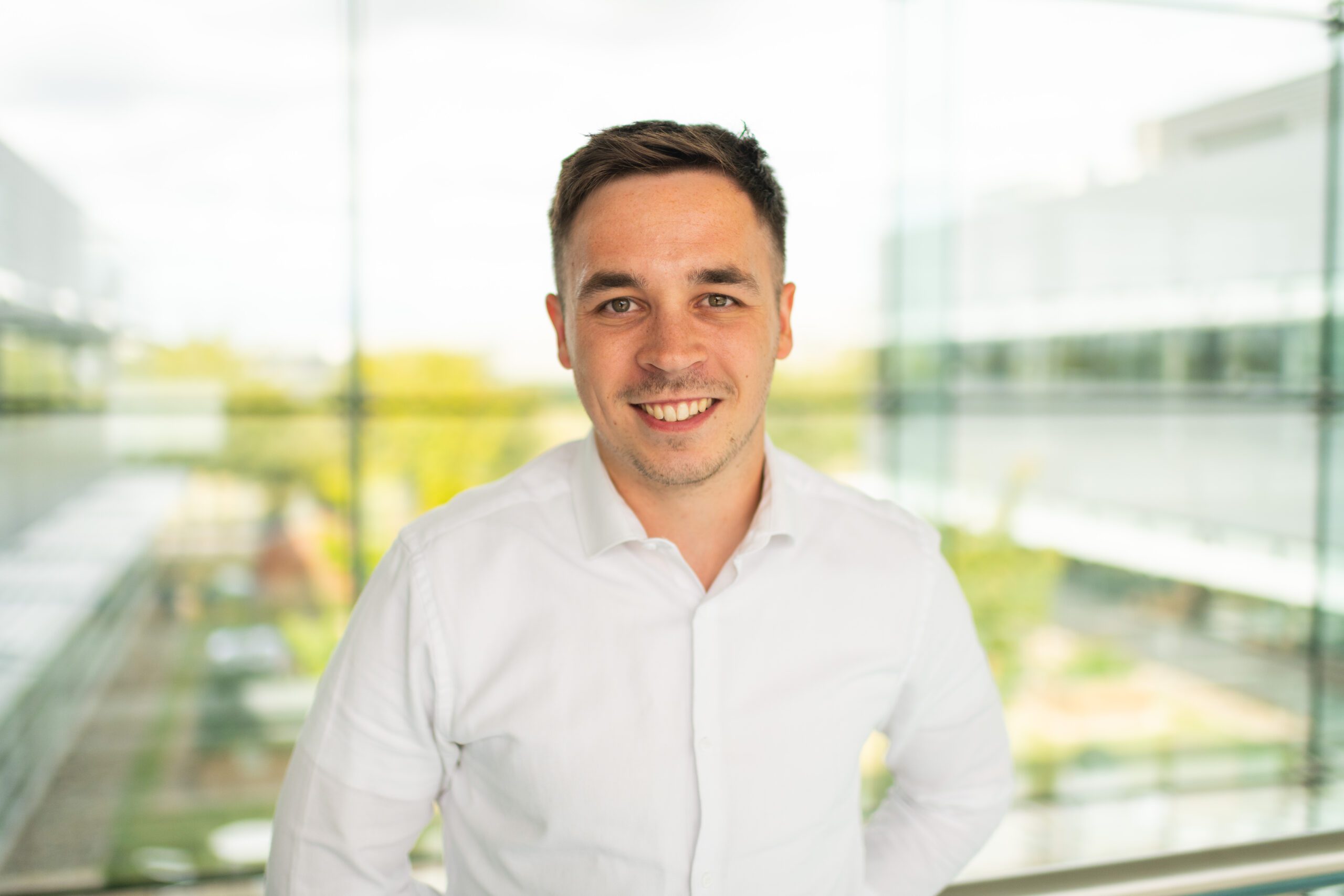 “ I was wanting to do a Master’s degree but knew that it would be too much of a financial commitment. An apprenticeship is the best of both worlds. It’s part time study, but you’re earning money at the same time and getting a great degree out of it. You’re getting work experience out of it which is hard to come by.”

James was in the first cohort of the Level 7 Bioinformatics apprenticeship at AstraZeneca,  a 2 year course, part-time with face-to-face sessions including university study.  James excelled in his apprenticeship and upon completion secured a full-time role.

How was the study and work balance? Could you see what you had learnt being put into practice in your day to day role?

It was hard to balance going to university alongside my day-to-day role and I definitely had to get the balance right. It’s like having to juggle two jobs in a week but it worked out more as I delved into the apprenticeship. My manager really helped me reflect on what I had learned and we would meet at the end of the week to go through everything. My manager also pointed me in the right direction of more resources and was very keen to help in any way possible.

How did AZ support you during your programme?

How did you find the End Point Assessment?

It was a challenge in one sense as we were the first cohort for the Level 7 Apprenticeship and I wasn’t sure what to expect from the EPA. The nature of the work I do is very broad in respect  of the knowledge, skills and behaviours of the standard. The report was quite simple to write as I had been given so much experience at AstraZeneca and essentially just had to talk about what I had done over the last couple of years. Similarly, the presentation element went well as I was confident in what I had learned as well as the skills I had developed throughout the apprenticeship. The team I work with were also very supportive in helping me to prepare my presentation, helping me to practice by acting as the assessors.

What are your next steps?

I have been lucky enough to be offered a full-time position as a Data Scientist at AstraZeneca in the same team and doing the same work. It’s a great opportunity to do what I’m passionate about without the worry of end-point assessments and study! I will of course continue to upskill and keep developing in my role.

I am also buddying up with the new Bioinformatics apprentice at AstraZeneca and hope to help them on their apprenticeship journey in the same way the team guided me through the whole experience.

How did you find the programme and experience overall, what overarching impact has it had for you?

Overall it’s had a positive impact on my career as it has helped to land me a job in a very competitive industry. I’ve been able to get quality experience over the past 2 years which I think has been invaluable. Everyone from the Course Director, Apprenticeship Team and the Team in my day-to-day role made it a great experience and I really enjoyed it.

What are the benefits of an apprenticeship for young people?

From the perspective of a Level 7 Apprentice, I think it’s probably one of the best choices you can make because you know you don’t have to worry about missing out on the university experience. It’s also all paid for so you’re getting paid to do a masters rather than taking out another student loan. You’re still getting your degree and it only takes an extra year and a half so in my opinion it’s like gold dust. In any Apprenticeship you are avoiding debt and getting the on-the-job training you wouldn’t otherwise get when studying.

I think it’s vital that Degree Apprentices are offered in light of policy changes. Gaining the views of more apprentices could support this and I think apprentices should be given more of a voice. The science industry needs to be accessible to all. Those who can’t afford to do further study could miss out on a successful career.

Cogent Skills is sector based, working with companies from across the Science and Technology Industries embracing Life Sciences, Industrial Sciences and Nuclear.